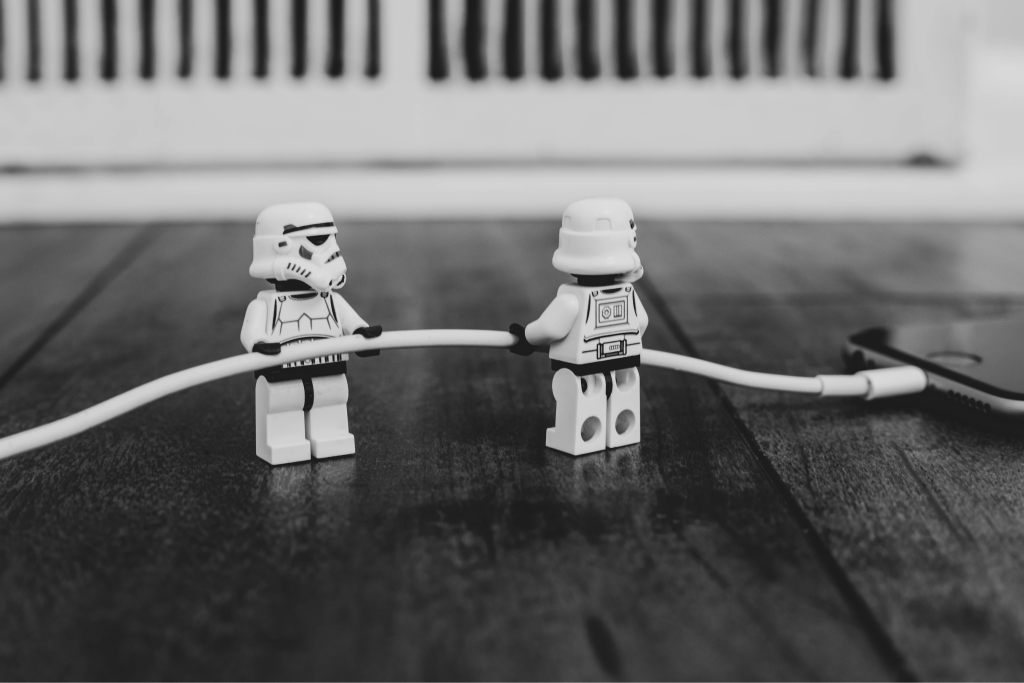 In 2019 I spoke about dark patterns and how to recognize them at a Meetup in Paris. Dark patterns are tricks used by websites and apps that make users do things that they didn't mean to, like buying or signing up for something.

As I was researching the subject, I came across Typeform’s pricing page, a good example of the Price Prevention Comparison pattern. This pattern makes it hard for users to compare prices, products or services, thus preventing them from making informed decisions.

Typeform’s page creates confusion as the user immediately sees two plans priced identically, and wonders “But, there has to be a difference! ”. With a bit of luck, they will see that the Essentials plan is priced monthly, while the Professional plan is priced yearly instead. I remember thinking that it was really sneaky - and also, that I could have been the one who designed that page.

“Wait, aren’t I better than that?” I mused. But that’s the thing: evil design is not the work of evil designers, who cackle as they draw plans to ruin their users’ lives. Evil design is the work of regular designers like you and I, who make what they believe is the right decision, aligned with their products’ current goals. After all, isn’t the road to hell paved with good intentions?

This is why, in this article, I will be highlighting the mindsets that make us use dark patterns, and giving a couple of tips as to how to avoid them.

Why it’s so easy to be bad

We live in the age of data. Everything is monitored, tracked, analyzed. In the UX design world, we usually measure conversion rates, engagement rates, retention rates, time spent on a page or task etc. These are the numbers that tell us whether or not the product is performing.

So when a new feature is shipped, and it is directly improving these KPIs, it becomes easy to overlook the methods used to get there. Others will most likely only see the results, and say “Good job!”. Isn’t it then so tempting to stop there and believe that it was, indeed, a good job?

This is what can happen when that mindset is brought to an extreme : a fake hair is added to the image, so that users might tap or swap on it as they try to remove it. 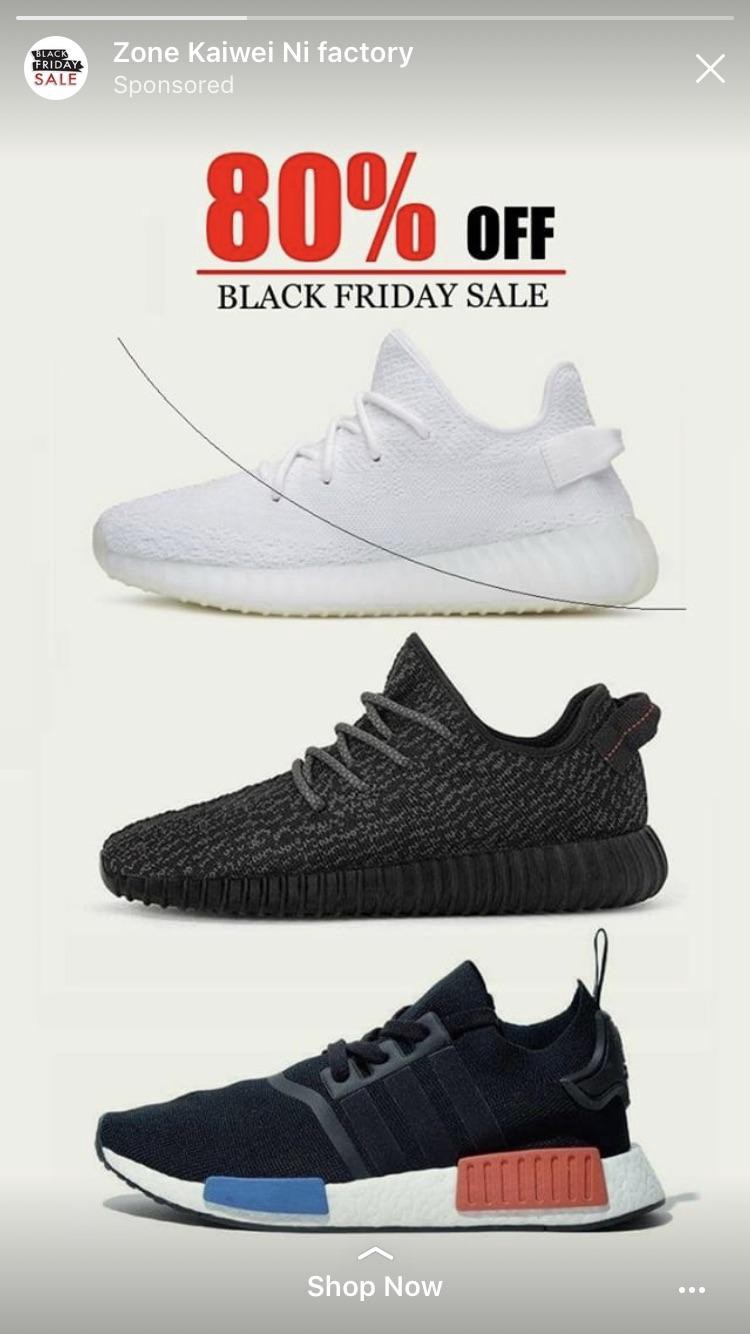 I am sure that whoever came up with this idea got a big pat on the back for their amazing conversion rate.

Don’t make me think is a must have on every designer’ bookshelf and for good reasons. The most intuitive products are the ones that feel familiar. Everyday, thousands of designers draw inspiration from each other’s work, reusing common patterns and features. However, sometimes a dark pattern gets so used that it becomes common practice.

… tiresome opt-outs (especially since GDPR is in full swing) ...

The ubiquity of these patterns comes from digital product teams’ habit of copying other products’ features and behaviours without questioning them. After all, if everyone is doing it…

As designers, we aim to solve our users’ problems. But we also know not to take every user feedback at face value. We constantly have to analyse them in order to turn them into relevant, actionable insights and needs. But sometimes we just turn user needs into excuses for bad behaviour.

For instance, in 2016 Microsoft tricked their users into updating their Windows version to Windows 10. On their update pop up window, they changed the behaviour of the X button from “Close and reject the update” to “Yes, please update” - a textbook example of the bait and switch dark pattern. When confronted, Microsoft stated: “With the free Windows 10 upgrade offer ending on 29 July, we want to help people upgrade to the best version of Windows.” Microsoft had decided that their users would be happy to have a free and better Windows, and wouldn’t mind not having a say in this.

And if we go back to my first example of Typeform’s pricing page, I can totally imagine the designers saying “ Our users want to save money. It would be too bad if they didn’t know that the Pro plan can be the same price as the Essentials plan”, and as a result introducing a dark pattern in their page.

So as you see, turning to the dark side is an insidious thing. It happens without us noticing it, slowly led there by our habits, our industry standards, and overconfidence. We end up losing sight of what truly makes for a good experience.

How to stay clean

To avoid turning to the dark side - even unknowingly - learning to recognise dark patterns is a start, but it's not enough. Designers should adopt a mindset that will never lead them to dark patterns in the first place. Here are 4 questions that will help you make sure that you steer clear from evil doing.

Whatever it is we are designing, from the simplest button to the products’ entire user journey, this is the most vital question that should never leave our minds. Why? Why am I working on this? Who am I doing it for? What is the need we’re addressing? If you are drawing inspiration from other products, do the same: ask yourself why they chose this solution, who they did it for.

If you don’t know which users and what needs you are tackling - a real need, not an excuse of a need like “all our users need to know there is a new promotion on our phones”- then tread carefully, for you might just be working against your users’ interest without even knowing it.

Question #2 - Who benefits from this solution?

Is it the users or the business? Hint: if it’s one sided, there is probably a problem.

If only the users benefit, then your company is probably losing money along the way - but don’t worry, there is no shortage of people defending the company’s interest.

If only the business benefits, then there is a chance your users are getting ripped off - and it’s your job to prevent that from happening.

The best UX is mutually beneficial, so aim for that.

Question #3 - Are my users masters of their experience?

There are two underlying questions that can help answer this one:

Did I remove choice from users ?
Things like an option to decline an offer, a means to leave a page, a way to come back to it.

If yes, did I do it because it was convenient for me, or because it was inconvenient to the user?
Or in other words, are you forcing users or are you providing guidance? Reducing cognitive load is fine. Reducing user agency isn’t.

Question #4 - What emotions am I creating?

Negative emotions are the product of bad UX design: anger, frustration, stress, even guilt. Make sure you don’t introduce any by asking yourself: how would I feel if I encountered this feature or behaviour?

Since data is king, keep track of user satisfaction by going through user reviews and sending out surveys. Make it a KPI that you monitor alongside other metrics: show your organisation that you should care about more than just conversion rates.

But most importantly: talk to your users. Get out of the building, have interviews and usability testing. Meeting people face to face is the best way to build empathy, to understand exactly what makes them unhappy and why.

Some resources about dark patterns